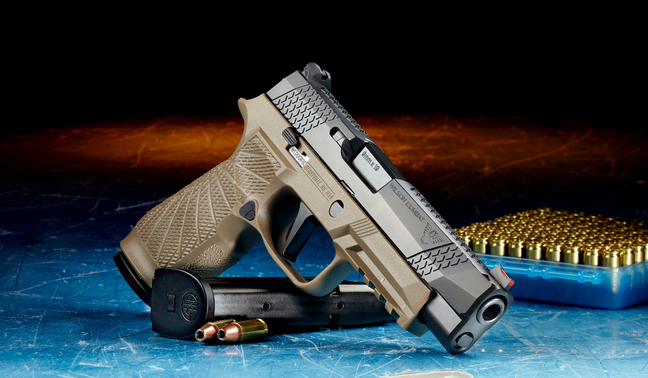 Many American states have introduced medical marijuana programs in the last few years, including New York, which is one of them. A recent poll by Gallup found that over 70% of Americans have now come to favor the legalization of cannabis.

Additionally, the U.S. is renowned for being the home of the highest number of guns that are owned by the population. Under the terms of the Second Amendment, citizens have the legal right to bear arms in most instances. Despite this fact, most people do not know that medical marijuana and gun laws conflict. Therefore, in the state of New York, it is not allowed for marijuana patients to take possession of guns for personal purposes.

With an MMJ card, can a person legally own a firearm? This article examines this subject in more detail.

What Are the Laws Regarding Medical Marijuana and Guns?

The Firearms Transaction Record (Form) must be completed by anyone who wishes to purchase a gun from a licensed seller. In most cases, you will receive this document from the Bureau of Alcohol, Tobacco, Firearms, and Explosives (ATF).

A section of this form asks you to disclose whether you are a current or former user of marijuana or any other controlled substance. In addition, it clarifies that marijuana possession remains illegal at the federal level, whatever the laws of your particular state might be. Perjury is a criminal offense in which you fill out this form incorrectly or untruthfully. This is a felony that can lead to a prison sentence of up to ten years.

As a result of an open letter the ATF issued to all firearm dealers in November of 2011, they confirmed their stance regarding guns and marijuana. A similar letter reformed the restrictions on those known or suspected to be “unlawful users of, addicted to, or relying on any controlled substance” to prevent them from buying or possessing firearms or ammunition.

Putting things simply, there is no question that the Gun Control Act of 1968 and United States Code Title 18, Section 922(g) are against you. According to the 1968 law, marijuana users and addicts cannot possess guns.

In a recent statement, the ATF clarified the law regarding cannabis and guns for dealers and buyers. Not everyone, however, was in favor of it.

ATF published an open letter in response to Nevada resident S Rowan Wilson’s decision to purchase a gun for self-defense. Nevertheless, she was turned away by her local firearms dealer Loretta E Lynch. As Wilson holds a medical marijuana card, Lynch knew he needed to comply with the law.

Also read: Can You Get a Med Card in New York?

As a result, Wilson filed a lawsuit against Lynch. In addition to violating her Second Amendment rights, she argued that the refusal violated her rights generally. Despite being dismissed, Wilson persisted. Two previous appeals failed, bringing the case to the Ninth Circuit Court of Appeals.

According to reports, the Chief District Judge Gloria Navarro of the District Court of Southern California ruled in August 2016 that a federal government ban on gun sales to legal marijuana patients did not violate the Second Amendment either.

Does the possession of a Medical Marijuana Card render a firearm license invalid?

To put it simply, yes. No matter which state you live in, even if you serve public medical marijuana or recreational marijuana, you cannot possess a firearm legally even if you hold a license for both.

The possession of a medical marijuana card will invalidate any firearms license you may have if you own a gun. In many cases, this puts people in a catch-22 situation, for they are incapable of exercising their rights if they already have a gun, and their rights are based on the context of their situation.

It has been difficult to enforce the Gun Control Act due to changes in sentiment regarding cannabis and its legal status.

Criminals who carry firearms were originally intended to face enhanced sentences under the law. As a result, dispensaries are now often protected by armed security guards who oversee the transportation and purchase of cannabis. Being around cannabis is enough to violate the law for someone working at a dispensary. Although this is true, several states still fail to enforce cannabis laws.

Also, if your spouse does not consume cannabis, the ATF will technically allow you to keep a gun in your house. To prevent the medical marijuana cardholder from accessing the weapon, the spouse must lock it away.

Having a gun and applying for an MMJ makes things even more complex. While you are prohibited from purchasing more firearms, there is no guidance on what you should do with your existing firearm – and giving it up could lead to prosecution.

If you do not renew your MMJ card, you can purchase a gun again once it expires.

What are the strictest laws relating concealed carry guns and medical marijuana cards?

Gun dealers may turn you down for using medical marijuana if you try to purchase a gun from them. Despite this, more than one-fifth of all gun sales occur through unlicensed dealers without background checks. Half of all sales made online or at gun shows are unchecked.

During the application process for your ny mmj card, no one will ask if you own a firearm. If you are a medical marijuana cardholder looking to acquire a gun, it is up to you whether or not you want to admit it. A person who lies could face prison time if they are caught lying. However, when you buy from an unlicensed dealer, your chances of getting caught are slim.

The gun dealer most often knows the person who is turned down. A prospective buyer knows that the seller is a medical marijuana patient. Often, sellers turn down buyers so they don’t get into trouble regarding gun laws.

Despite being able to conduct background checks on potential gun owners, the ATF cannot access MMJ patient information. As a result, ATF depends on the honesty of applicants and the deterrent effect of a felony charge to make its decisions.

Can I own a gun and be a medical marijuana patient?

It is technically illegal to use medical marijuana, even if it is legal in the state where you live, so if you are a medical marijuana user, you are technically breaking the law. To acquire a firearm, you need to have the authorization to do so by being an ‘unlawful user.’

If you want to own a gun and use cannabis despite this law, you will probably be able to find a way to do so. Unfortunately, some unscrupulous sellers still allow you to purchase a firearm without considering a background check.