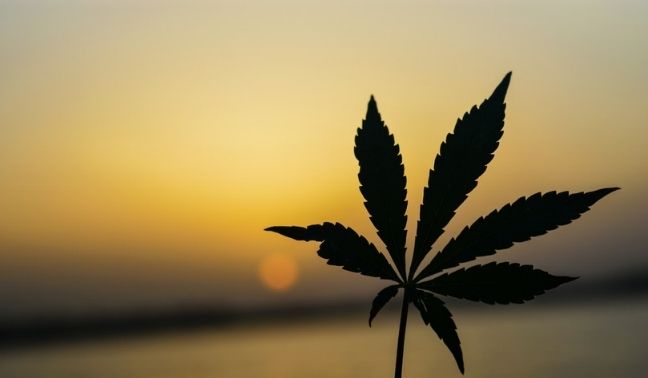 New York Gov. Andrew Cuomo, on 31st March 2021 (Wednesday), signed a bill legalizing recreational marijuana in the state for adults who are 21 years of age or older.

Note: Medical marijuana was legalized in July 2014 and patients having MMJ card in NY from authorized 420 doctors in NY can easily buy and consume marijuana.

This made New York the 15th state to legalize cannabis for recreational use.

“This is a historic day. I thank the Leader and Speaker and the tireless advocacy of so many,” Cuomo wrote on Twitter after signing the legislation.

What Did Governor Andrew Cuomo Say?

“This is a historic day in New York — one that rights the wrongs of the past by putting an end to harsh prison sentences, embraces an industry that will grow the Empire State’s economy, and prioritizes marginalized communities so those that have suffered the most will be the first to reap the benefits,” Cuomo said in a statement.

He further added, “This was one of my top priorities in this year’s State of the State agenda and I’m proud these comprehensive reforms address and balance the social equity, safety, and economic impacts of legal adult-use cannabis. I thank both the Leader and the Speaker, and the tireless advocacy of so many for helping make today’s historic day possible.”

What Did Others Have To Say?

In support of the legislation, New York City Mayor Bill de Blasio said, “I think this bill goes a long way. I think there’s more to do after, but it goes a long way.” He also mentioned how his support stems from the need for racial equity.

Sen. Liz Krueger, the sponsor of the Bill, had a valid point to raise while recording her vote in favor of the measure. “I saw such injustice going on, and for young people whose lives were being destroyed for doing something I did when I was a kid. Nobody put a gun to my head and nobody tried to put me in jail because I was this nice white girl.”

The injustice Krueger talked about arises from the fact that 94% of marijuana-related charges pressed by the New York Police Department in 2020 were against Black and Latino New Yorkers. This is shocking because the statistics clearly show that the number of Whites consuming marijuana in NY is much higher than either Latinos or Blacks. If we go by numbers, the New York City health department survey in the most recent data found that 24% of Whites, 14% of Blacks, and 12% of Latinos consume marijuana.

Krueger, therefore, in a press release said, “My goal in carrying this legislation has always been to end the racially disparate enforcement of marijuana prohibition that has taken such a toll on communities of color across our state and to use the economic windfall of legalization to help heal and repair those same communities.”

While these were statements in favor of the bill, it didn’t go down well with the police groups and the New York Parent-Teacher Association.

New York State PTA Executive Director Kyle Belokopitsky, while raising concern regarding the bill, said, “Absolute travesty. All research submitted shows it will be harmful to children; makes the roads less safe. I have absolutely no idea what the legislature is thinking in thinking they want to advance this right now.”

In response to this, New York officials have planned to launch an education and prevention campaign. This campaign will work towards educating school-going kids against the use of cannabis. Under this, the schools will be eligible for drug prevention and awareness programs too. About the concern associated with driving, the state will launch a study that will deal, in detail, with the effects that cannabis has on driving.

Perks Of Passing This Bill In New York?

What Will Its Financial Impact Be?

Cuomo’s office released a statement that mentioned how the development of an adult-use cannabis industry in New York has the potential to create 30,000 to 60,000 jobs. It was also shared the state could earn $350 million annually in tax collections.

“The New York State Cannabis/Marijuana Regulation & Taxation Act would add a 13% tax to retail sales for state and local tax revenue,” a release mentioned weeks prior to the legalization of recreational marijuana.

The taxes would go to the New York state cannabis revenue fund, with the remainder after costs being split among-

“Cities, towns, and villages may opt-out of allowing adult-use cannabis retail dispensaries or on-site consumption licenses by passing a local law by 31 December 2021 or nine months after the effective date of the legislation. They cannot opt-out of adult-use legalization,” the release said.

How Will The Recreational Cannabis Market Be Regulated?

The bill talked about the establishment of “a well-regulated industry to ensure consumers know exactly what they are getting when they purchase cannabis.”

This “well-regulated industry” will have an Office of Cannabis Management which will operate with the New York State Liquor Authority but will stand as an independent agency. This agency will be responsible for regulating the recreational cannabis market along with the existing medical cannabis programs.

While medical marijuana was legalized in July 2014 that allowed patients holding medical marijuana cards in New York to consume marijuana, the state legalized recreational marijuana on 31st March 2021. It happened soon after New Jersey did the same, becoming the 15th state to make its name to the list. With a lot of benefits in place and bodies to regulate the workings and finances, it is a great step taken to end racial injustice and promote equity.