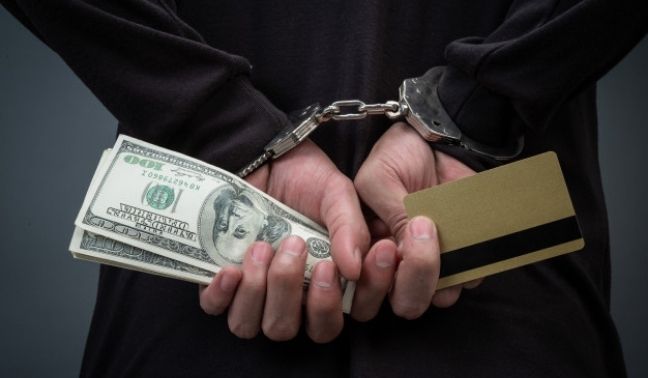 A felony is a crime regarded as more serious than a misdemeanor in the USA and other judicial systems. In common law, a felon (one who commits a felony) is considered to have served a term of 1 year in jail.

Nonetheless, it is an immensely important question since rough calculations suggest that the total population with a felony in America (according to a US study, 2019) equals or exceeds 24 million.

The answer can’t be as clear-cut as one would hope it to be since the laws regulating medical marijuana vary from state to state. However, we have tried to list which states allow and which disallow marijuana for medical purposes to felons.

But before that, let’s understand how certain states limit the rights of felons.

USA Limiting The Right Of The Felons

Citizens who hold criminal records know how difficult it is to carry out day-to-day activities. It certainly affects their life as they aren’t allowed to (varies from state to state)-

States That Allow Felons To Have Medical Marijuana Cards

For the 33 states that have legalized medical marijuana, the following conditions make them eligible to get a medical cannabis card-

Most of these states allow felons to have medical marijuana cards. However, exceptions do exist.

States That Do Not Allow Felons To Have Medical Marijuana Cards

In certain states, applying for a MMJ card may involve whether you are a convicted offender. Depending on where you are living, you may need to receive an MMJ card whether or not you were found guilty. However, most states will not bar you from being issued a medical marijuana card if you are convicted.

Illinois bars those who have been convicted of a drug felony from getting a medical marijuana card.

However, the department has the right to use the discretion offered by the regulations to approve a medical cannabis card if the patient was convicted for possessing or consuming cannabis for medical purposes. This can happen only if the objectives are covered by the law though.

If the background check reveals that an applicant was convicted in Illinois or any part of the USA for a drug crime, they are denied the MMJ card which they applied for either as a patient or a caregiver.

Please note that applicants who get their records cleared under the provision for first-time offenders are eligible for medical marijuana cards. In rare cases where they aren’t allowed to gain access to the same, they can take the matter to court.

Applicants who have felony drug convictions aren’t allowed to get a medical marijuana card in Iowa. Unfortunately, ‘Once a criminal, always a criminal’ is the mantra that this state follows.

While these two states do not allow felons to gain MMJ Card access, there are states that are overly generous towards felons. Let’s find out.

States That Are Generous Towards Felons For MMJ Cards & Otherwise

Arizona is liberal to both its citizens and felons when it comes to obtaining a 420 card. While in other states one needs to get a recommendation from a certified 420 doctor, the law in Arizona allows residents to get a prescription for medical cannabis.

Not only this, felons who have previously been convicted of drug possession, thereby serving their term in jail, are also allowed to get medical marijuana access. However, they must be diagnosed with a qualifying condition to consume cannabis legally.

While the current law allows felons access to medical cannabis, they can’t work at marijuana dispensaries or act as caregivers to someone who has a medical cannabis card.

With recreational marijuana now legalized in New York, the bill expunges previous criminal records of people who were charged for actions that are now legal under the new law. A felon can, therefore, easily get a medical marijuana card in ny. However, for that, a certification from an authorized cannabis doctor in NY is needed who would see if the patient qualifies to consume cannabis for medical reasons.

Felons, according to legal marijuana programs, are restricted to obtain commercial business licenses. The restriction becomes stricter if the felon was convicted for drug or drug trafficking-related charges.

Almost every state in the USA has similar restrictions to “legitimize the trade”. The major concern behind this is the transportation of marijuana from a legal state to an illegal one.

In Nevada and Washington, the state only looks at your last ten years.

In Alaska, one can’t get the license if-

That’s pretty much it!

In case you want to get a medical marijuana card in New York or for any other state, all you need to do is get in touch with the marijuana doctors associated with us.

We’ll love to help you out!